My first day up the hill this winter was on October 31st up Le Tour hiking with a snowboard, and 7 months later I am still on it, and with Powder!

After Tuesdays epic at the Chèré couloir we noticed that the Cosmiques Couloir on the south face of the arête was full of snow and looked like a good ski. Me and Ally then went about trying to find out some information about it and asking around to see if anyone we knew had skied it, but all we could find is that it is a 200m PD climb that is a little short cut on the Cosmiques arête.

Taking this into  account and seeing that it is only 40-45′ we decided to give it a go.

Thursday morning looked like there would be some good weather and with Ally working at 13:30 we knew we had to be at Montenvers by 13:00 at the latest!

We started the route with a reverse of the Cosmiques arête by climbing over the platform and then doing to 30m raps down a couple of chimneys. 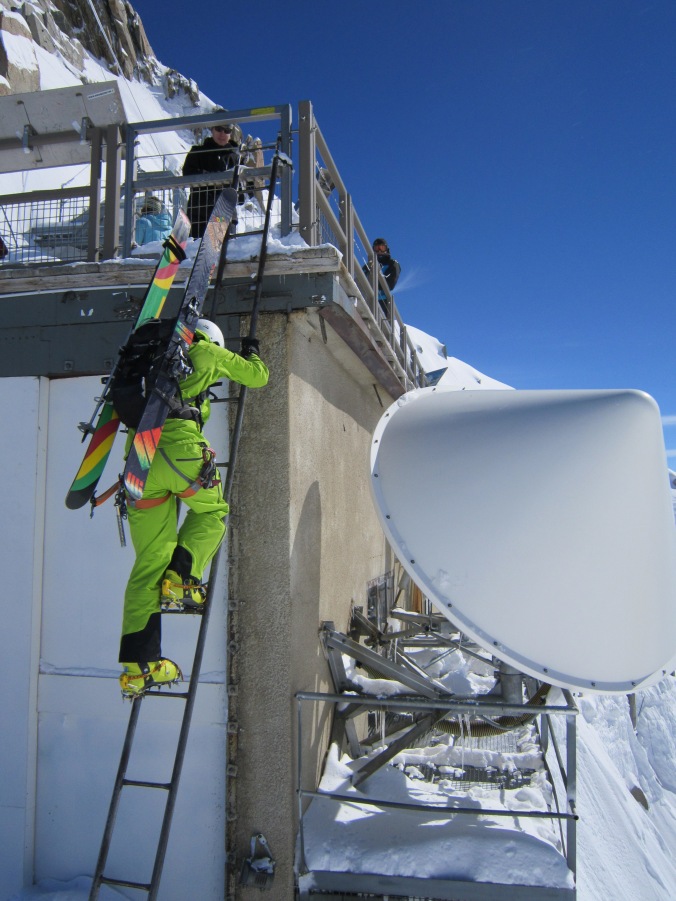 Because this route isn’t often reversed we did loose a sling and a couple of pieces of cord for our belays.

After we completed the raps we had a short traverse over to the start of the couloir.

At only 200m long it is not very big but it narrows towards the bottom and was a really good ski and a good extension to the Vallee Blanche!

Due to this couloir being south facing there was a risk of avalanche so I decided to traverse along some footsteps to the other side and rope up for 15m to test out the snow. There was a lot of sluff but I was able to avoid being taken down and made nice powder turns all the way down to the bottom.

Ally coming to the bottom of the couloir. Getting to the bottom we realised that we had less than 1 hour to be at the train, this made rushing down the glacier in complete white out very scary.

When we got to Montenvers we noticed that the gondola wasn’t running and that Ally had 15 minutes to get up the ladders and onto the train, he just made it.

Being the good friend I am I offered to carry his ski’s, 30m rope and skins all the way up the ladders which was very hard going, there was a big group of slow kids going up the main ladder route so I took the more exposed rock ledge. This was a nice hard return from a top class day skiing!

2 thoughts on “Day 100 skiing- The (other) Cosmiques Couloir” 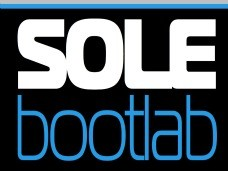