Skiing E.N.S.A and Bellim on sunday had me in the mood for more couloirs, and after some more snow on sunday night and a good powder day up Flegere on Monday I thought that the Poubelle could be a good choice. Easily accessed from the Bochard gondola at Les Grand Montets you ski the 50 m towards the obvious roped off couloir. It is possible to side slip in which someone had done already but with the ropes in the bag and our harnesses on we thought it would be quicker and definitely safer to rap. After a 30m rap we had our skis on and it looked good. Slightly choppy boot deep light powder on a firm base.

After  a few initial turns the couloir became narrow and it was very icy. 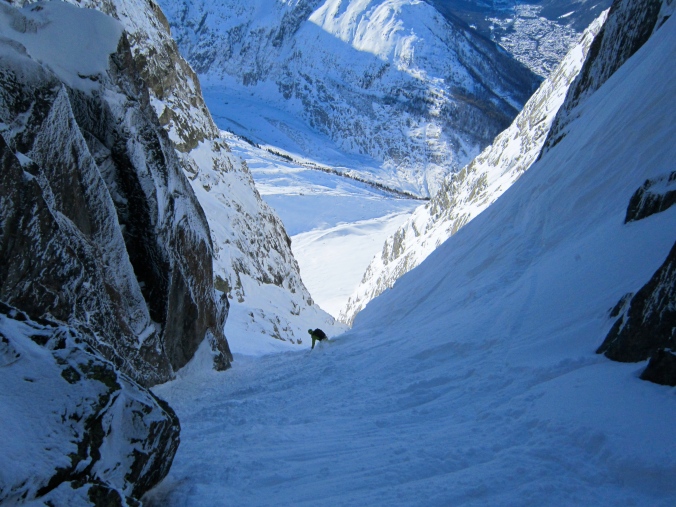 You could see that the people who skied it before side slipped it so we did the same until it opened back up and we could make some turns! 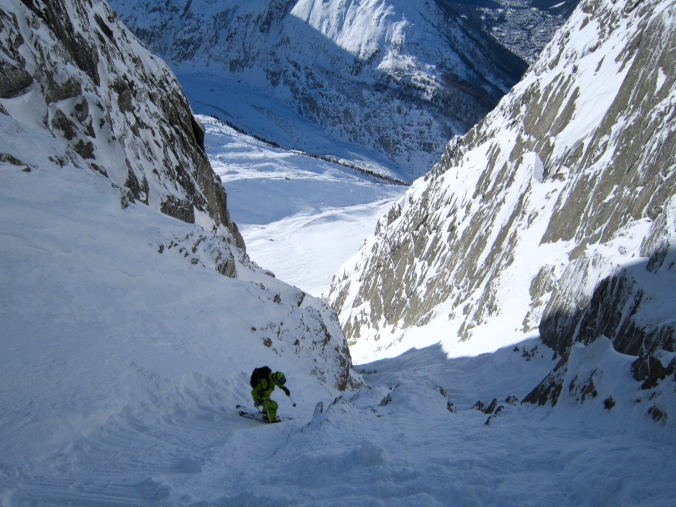 There was a small rock step just after the dog leg, this was made tricky by the ice underfoot and the slight exposure below.

Into the main straight of the couloir we could make some nice turns in the deep cold snow. Although it was well tracked it was still a great ski and gave me and Ally some practice in making quick jump turns in variable snow conditions! There was a lot of sluff that would follow you down and build up around you if you stopped, it was light snow so it didn’t really affect your balance.

Ally making some nice turns down the main section of the couloir. 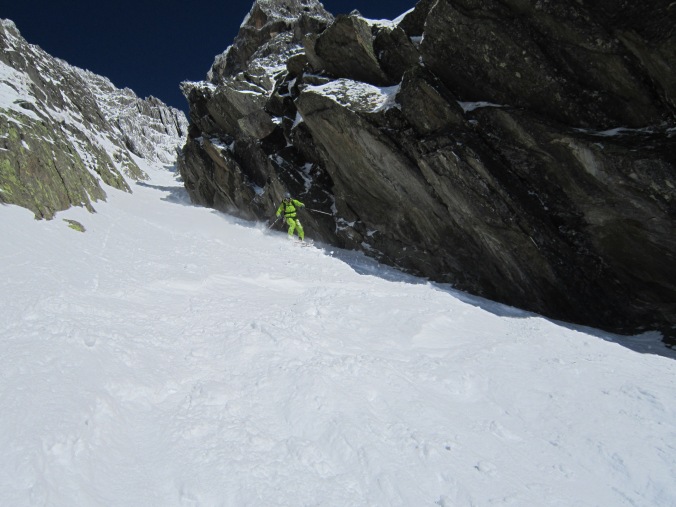 Me mid turn. The last time I went down this couloir was last January on a snowboard and it was more filled in. Some more snow fall and it should be better.

Skiing this aspect of Les Grand Montets offers some amazing views of the Mont Blanc Massif.

The couloir opens up after a couple hundred meters and joins on to the Pas de Chevre. This huge open powder field gave us some great skiing before we hit the main route towards the moraine banks and the exit couloir to get to Montenvers.

Another short rap from a tree on the way down but it is shaping up nicely for a ski to town, just need a little more snow. 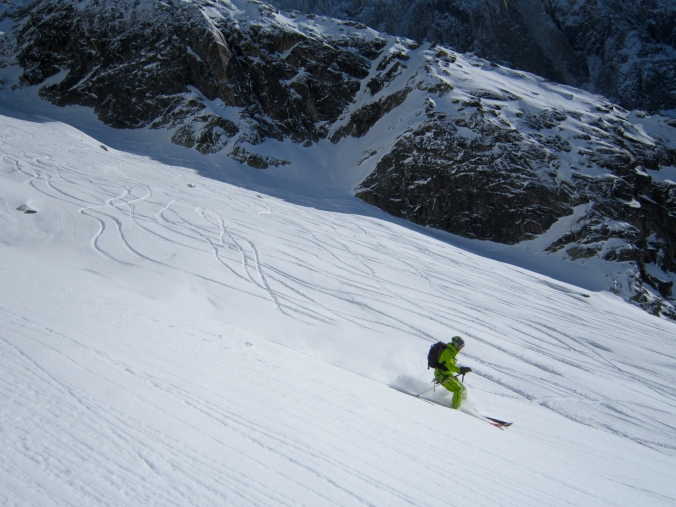 Below the Dru is an amazing place to be!

The route is in red.

What a great day, even with a hangover! Thanks to Ally for the company and Photos. Always good to have someone with the same idea of what a good days skiing is!! Couloirs all the way! Lets see what tomorrow brings. Maybe 4 Couloirs in 4 days.